I am a big time pizza girl – frozen, delivery, at a restaurant, I’m all in! But honestly, nothing beats homemade pizza! Rolling out the dough, using fresh ingredients and making it exactly how you like it, it doesn’t get any better than that.

My favorite kind of pizza is hands down Hawaiian! Whether it’s made with a tomato sauce, BBQ or some other special sauce, it’s still my favorite. I just love the sweetness the pineapple brings to something savory and salty.

Instead of using boring ham like traditional Hawaiian pizza, why the heck not use pork chops?! Pork chops are so easy to cook up, delicious and very meaty. Pork chops combined with my other favorites - pineapple and jalapeños - all on top of a crispy pizza crust, ohh yeahhh. And let’s not forget the homemade Hawaiian pizza sauce that doubles as the marinade for the pork chops! It's so delicious.

Also, it's no figure Hawaiian pizza has always been my favorite because my vacation to Maui a couple years ago was an absolute dream. I highly recommend you put it on your list of dream vacations! And I have the trip all planned out for you already. Check out my post - 7 Days on Maui: Your Ultimate Travel Guide. I also went to Kauai this year, and again, amazing - I have plans to write up a post about that trip was well!

If you're planning a trip to Hawaii and can't decide between Maui and Kauai, I'd say pick Maui 🙂 Although, I almost feel kind of bad saying that because they are both paradise. If you're a big time hiker, then, in that case, I would say pick Kauai.

Maui had a ton to see that was all accessible by car and for the most part, free. Two of my favorite things we did while visiting Maui was renting mopeds and driving the island for an entire day of sightseeing, and spending a day driving the Road to Hana. Honestly, I can't even begin to tell you how breathtakingly beautiful the Road to Hana is. There were so many waterfalls along the way, and I had the BEST fish tacos I've had in my entire life, and it was just at a roadside stand! Oh, I even got to swim with sea turtles in their natural habitat and hold a Pencil Sea Urchin! You can read more about my adventures in my Maui blog post!

As for Kauai, I'd say it's a little more costly to sightsee but worth every penny. There were two things that I enjoyed most about Kauai. First was the 70-mile ocean boat ride along the Nāpali Coastline in a Navy Seal raft - we literally sat on the edge of the raft with only ropes to hold on to while wave jumping. The coastline is something out a fairytale, and we even saw hundreds of dolphins up close! The second thing was an 8-mile hike to a 300-foot waterfall. This hike is no joke. It's up and down through the mountainous rainforest, across rivers and involves a little rock climbing, but oh was it worth it.

After sharing all that, I know feel confused about which island I like better lol. Either way, you can NOT go wrong. But in the meantime, enjoy this Hawaiian Pork Chop pizza 🙂 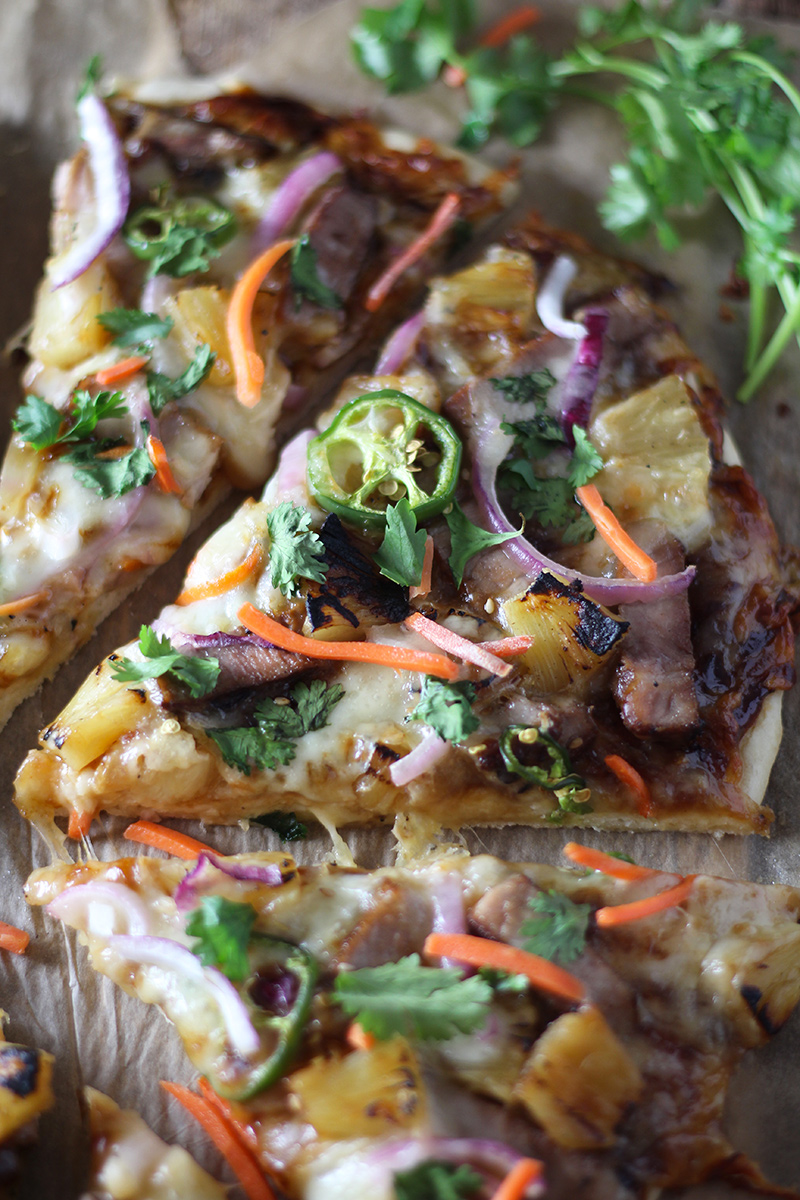 For the pizza crust:

Hawaiian sauce adapted from Grilled Hawaiian Pork Chops by The Life Jolie.
Did you make this recipe?I'd love to hear from you! Rate the recipe and leave a comment below or share a picture on Instagram and tag @ModernFarmhouseEats
« Spiked Arnold Palmer Popsicles
30-Minute Creamy White Wine Shrimp Scampi » 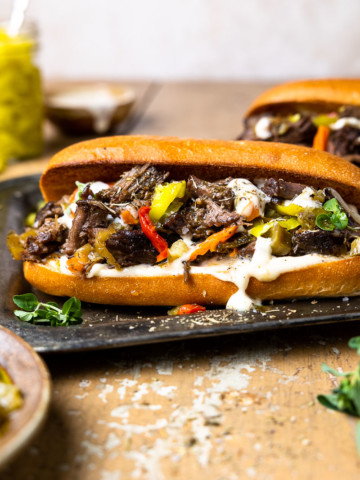 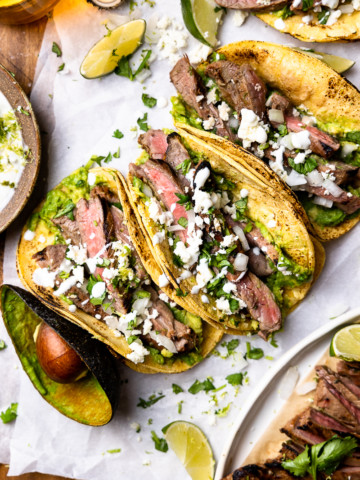 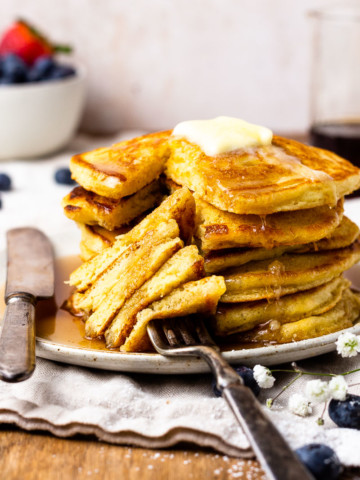 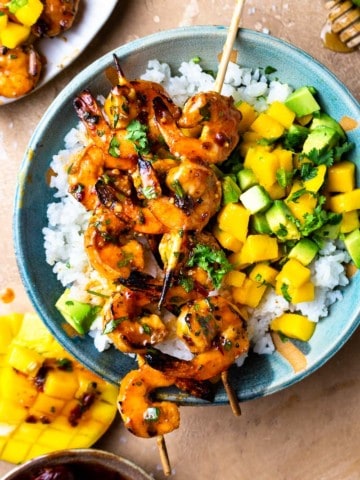