Tender, juicy, flavorful venison backstrap that is marinated then pan seared or grilled until nicely browned on the outside and lightly pink on the inside. Super easy to make, melt in your mouth venison recipe without the gamey taste!

Venison doesn't have to taste gamey! I love this venison backstrap recipe because the marinade adds so much flavor while helping to remove gamey flavor.

After marinating, there are two great ways to cook backstrap: pan seared and oven finished or grilled. When cooked properly to the right internal temperature, venison backstrap is so tender and juicy. You're going to love it!

Venison backstrap is also known as venison loin and runs the length of the deer's back, along the spine.

Heck, even if you do cook venison to medium-well, it'll still be tender, just not quite as tender and juicy.

This recipe calls for marinating the venison backstrap, which also helps to tenderize the meat even further and add tons of flavor.

How to get gamey taste out of venison.

If the venison is freshly harvested, you can soak the backstrap in buttermilk for a couple hours, or overnight, to help remove the gamey flavor and draw out the blood. Once you remove it from the buttermilk, give it a rinse.

If the venison isn't freshly harvested, there is no need to soak it in buttermilk. Simply add the thawed venison to the marinade and let sit for up to 24 hours. Marinating venison will help to remove any gamey flavor while simultaneously adding lots of great flavor!

Let the backstrap marinate for at least 4 hours or ideally up to 24 hours, flipping over halfway through to ensure both sides get marinated.

This is wild game marinade is also a great marinade for beef.

I enjoy both methods, but I more commonly pan sear and oven finish my venison backstrap. This gives you a really nice sear, locking in all of the juices.

When cooking venison, like most meat, you should use a meat thermometer to ensure you don't overcook the meat, which causes it to become tough and dry.

My favorite way to sear venison backstrap is in a cast iron skillet. Heat the skillet over medium-high heat, add a big drizzle of olive oil and place the backstrap in the hot pan.

Let the backstrap sear until a nice brown crust forms. If the venison is sticking to the pan, then it hasn't seared long enough - let it continue to sear until it releases. Sear on all sides of the backstrap, including the short ends. To do so, stand the venison up in the pan using tongs.

I highly recommend using a meat thermometer when cooking meat to ensure you don't over cook the meat, resulting in dry, tough meat. For venison backstrap, here are the temperatures for degree of doneness:

I like to cook venison backstrap to around 135 degrees F. It's still pink and juicy in the center, but not raw, and browned around the edges.

Why should you let meat rest.

So, let the cooked venison rest for 5-10 minutes after it's removed from the heat source. This allows the juices to redistribute throughout the meat, resulting in tender, juicy cuts.

What to serve with venison backstrap.

I love to serve venison backstrap with potatoes and vegetables! Here are a some recipes that pair really well with venison: 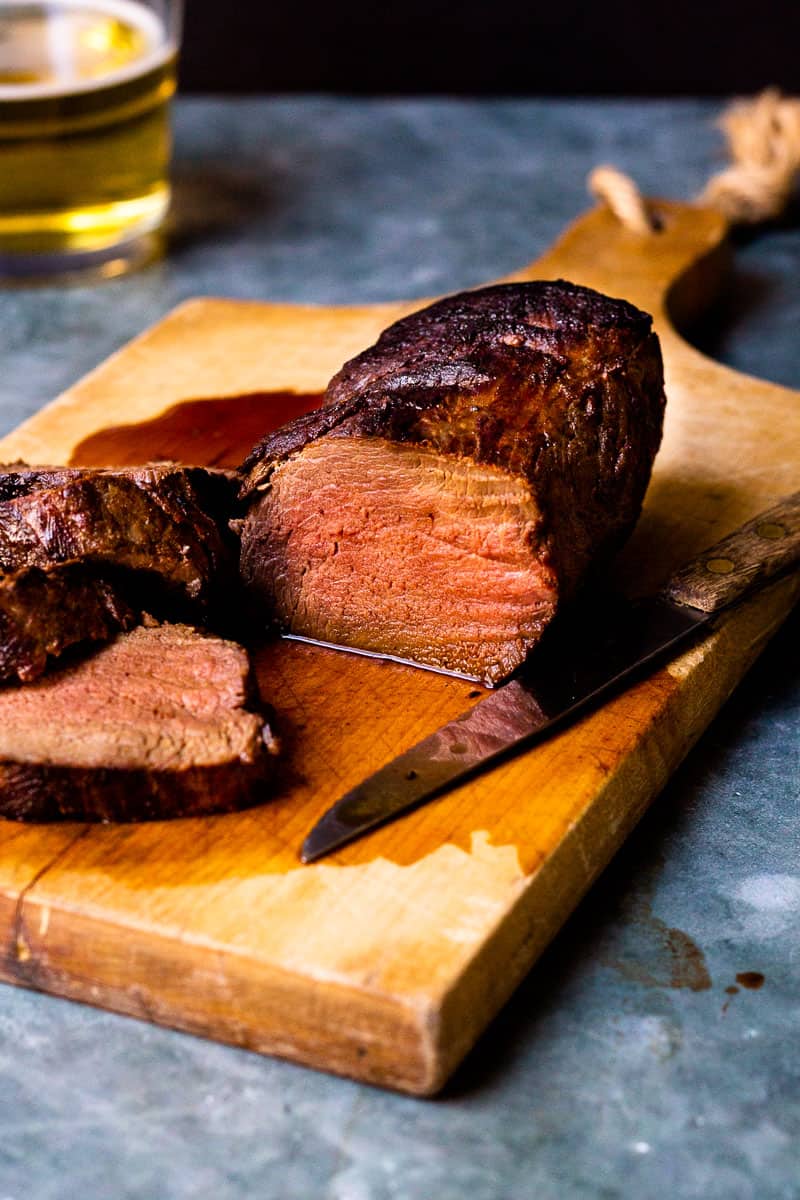 Use a meat thermometer to check the internal temperature of the venison.
Did you make this recipe?I'd love to hear from you! Rate the recipe and leave a comment below or share a picture on Instagram and tag @ModernFarmhouseEats
« Leek, Sun-Dried Tomato and Goat Cheese Deep Dish Quiche
Thai Basil Chicken Stir Fry »
780 shares 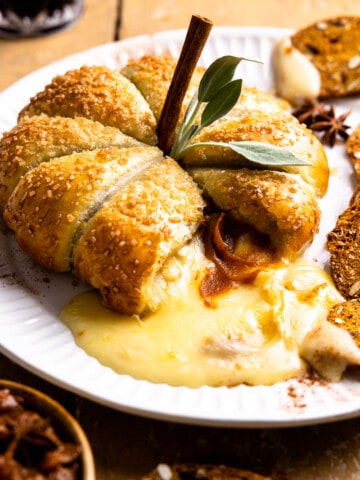 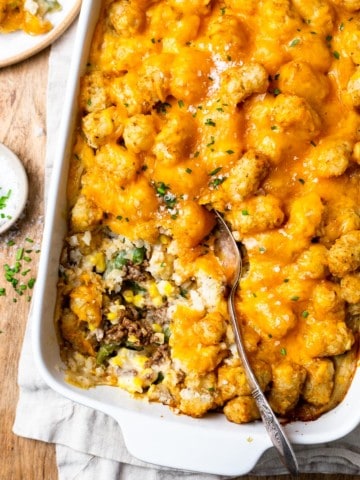 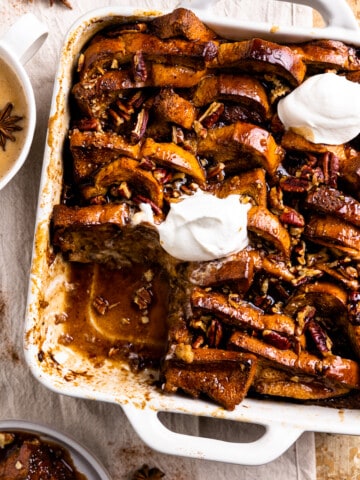 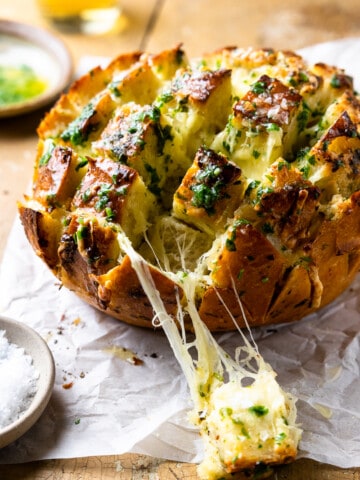