I am seriously dreaming about stuffing my face with these meatballs. I made these a few weeks ago, so I’m due for another round. Know what else I’ve been craving? My Honey Lime Cilantro Chicken Sheet Pan. OH, MY GOD. It’s so good. It is also pretty healthy and easy to clean up. I call that a triple win.

But, let’s talk about how bomb these meatballs are. I just showed John one of the pictures, and his response was, “those seriously were really good. One of my favorite recipes. Top 3 for sure.” Now, that’s saying something! But then he also went on to say, “Can I be honest with you? I don’t like green bean casserole.” I almost throw the TV remote at his head. I’m offended.

Green bean casserole and stuffing are my two favorite things on the Thanksgiving dinner table. Not only that, but I have a bomb ass Green Bean Casserole with Rosemary Parmesan Gravy recipe that I’m obsessed with. It's 100% from scratch and uses fresh green beans. It can't get any better. He did save face a little by saying, “out of all green bean casseroles, yours is actually my favorite, but it needs meat, like turkey.” UGH. MEN. It’s called a side dish. Check out my recipe video below for my green bean casserole, and you’ll understand how great it is.

Well, you know what is full of meat? French Onion Cheese Stuffed Meatballs. Even better, this delicious meatball and gravy combination is served over mashed potatoes. Meat and potatoes always win over a guy's heart, and my heart for that matter, too.

French Onion Cheese Stuffed meatballs are just as good as they sound. It's French onion soup in meatball form. What would typically be the onion soup is now a caramelized onion and red wine gravy. Instead of French bread on the top, you’ve got Swiss stuffed meatballs. To keep with French onion soup tradition, even more cheese is sprinkled on top and broiled to perfection. I love to serve these meatballs with freshly mashed potatoes. It’s the perfect combination. 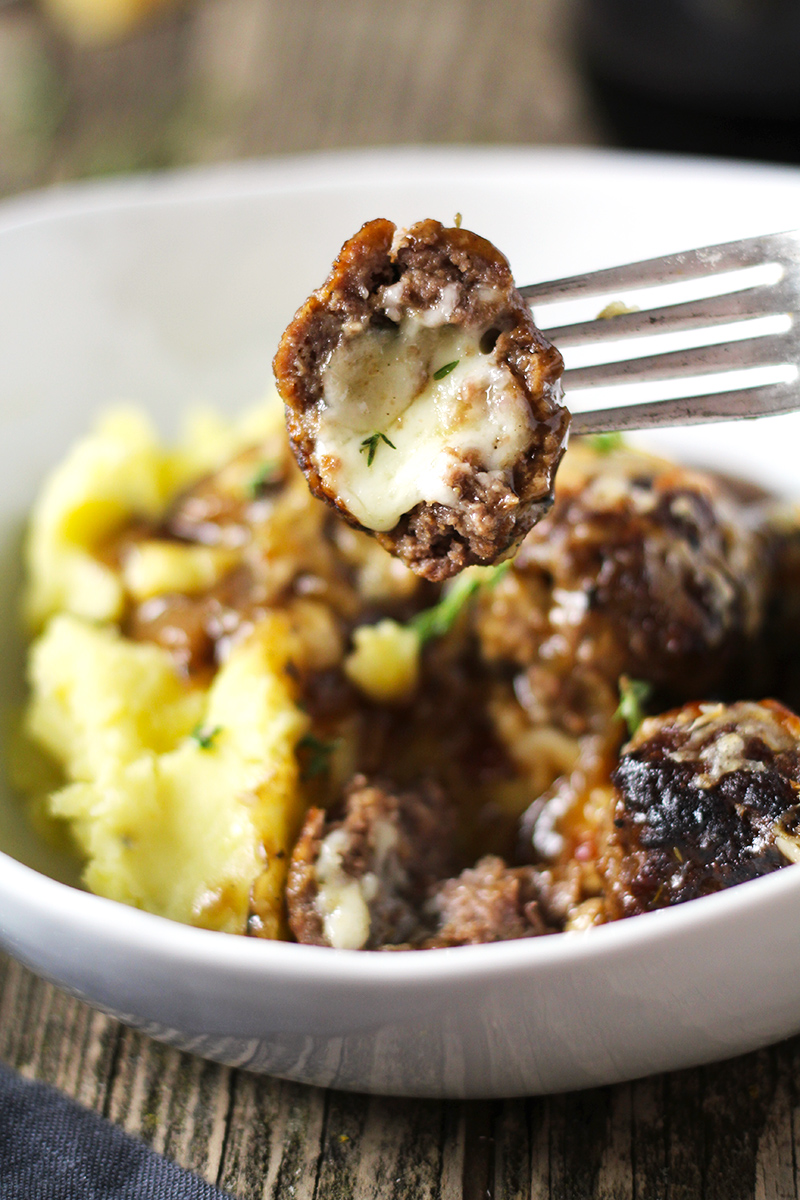 If you don’t have an oven-safe skillet, use a large frying pan with tall sides, and before you cover the meatballs with cheese and broil in the oven (step 6), transfer the meatballs and gravy to an oven-safe baking dish. Alternatively, you can skip broiling in the oven. Instead, add the cheese over the meatballs, cover, and cook on the stove for an additional 5 minutes or so until the cheese is melted. But, I highly recommend using the broiler because golden, crispy cheese is amazing!
Did you make this recipe?I'd love to hear from you! Rate the recipe and leave a comment below or share a picture on Instagram and tag @ModernFarmhouseEats
« Wonton Wrapper Squash Ravioli with Sweet Brown Butter Sage Sauce
Chicken and Dumplings Soup From Scratch »
501 shares 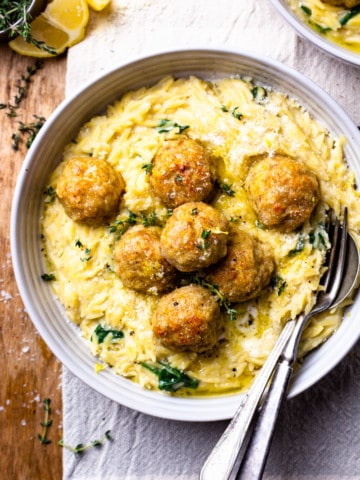 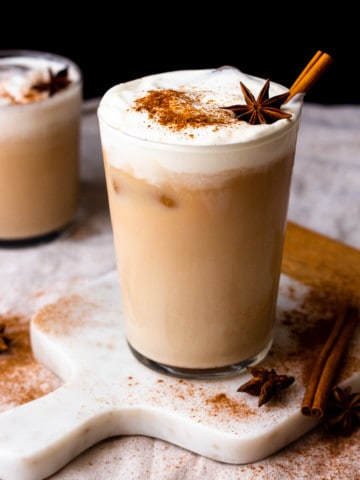 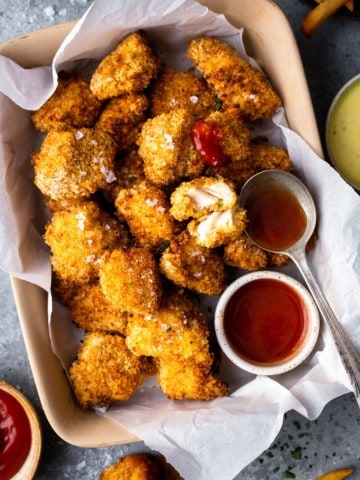 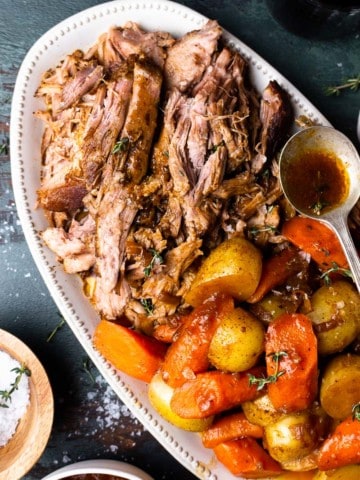