Scallops and artichokes seared in browned butter and tossed with pasta, burst tomatoes and fresh lemon for a light but comforting dinner that’s ready in 30 minutes.

It’s going to be a low-key weekend for me over here.

Mother nature decided we didn’t have enough snow, so there’s a storm on the way. Which may be the situation you’re in too. So, unfortunately, it’s looking like I’ll be spending quite a bit of time indoors, with the exception of tonight.

Tonight, you can find me in the barn milking the cows. My brother is off doing boyfriend things (how dare he go and do things without his favorite sister, right?), so my mom and I will be helping my dad milk the cows and feed the babies, which right now, we have a lot of.

Our calves are bottle fed for a few weeks, and then they go to group housing where they live with other calves and are fed off of a mob feeder aka milk bar. A mob feeder is fitted with nipples and holds enough milk for multiple calves. This style of feeding makes it much easier for one person to quickly feed a handful or more calves at one time.

On Saturday, we’re hoping to be cooking more sap and bottling maple syrup! The weather this spring has just been so weird that the maple trees are all out of sorts. Ideal weather for collecting sap is when temperatures are below freezing at night (about 20 degrees) and above freezing during the day (about 40 degrees). These freezing and thawing temperature cycles create pressure changes inside the tree allowing sap to flow. If the temperature is too cold, the sap won’t thaw during the day, meaning it can’t flow from the trees.

Depending on the sugar content of the sap, it takes about 40 gallons of sap to make about 1 gallon of maple syrup. You’re essentially cooking the water out of the sap until you’re left with the sweet sugars. The cooking process takes hours and hours and has to be monitored at all times, but it's so worth it to have homemade maple syrup all year round. If you’ve ever bought real maple syrup, then you know how expensive it is, and maybe this helped you to understand why.

And if you watch my Instagram stories, you’ve likely seen videos of the maple syrup cooking process, which is done with the help of our neighbors. My family supplies a woods full of maple trees, while the neighbor family supplies the cooking equipment.

The neighbors built a maple syrup cooker in their shed, so we do all of the cooking and bottling there. It’s a good deal.

I think what I love most about this pasta is that it’s comforting like pasta should be, but it’s also on the lighter side. The sauce is a combination of browned butter, wine, and lemon juice. Toss all of that with burst tomatoes, artichoke hearts, fresh basil and parmesan cheese, and we’ve got ourselves a spring/summer pasta!

P.S. Have you ever had microgreens?? I like to add them to my pasta sometimes to add a little green and extra nutrients. They’re the little leafy things in all of my pictures of this pasta!

If you aren’t familiar with microgreens, let me give you a quick rundown. They’re vegetable or herb plants that are harvested just after they grow their first leaves when the shoots are about 2 inches tall. They’re different than sprouts, which are harvested at an even younger age and include the root and seed. The best part about microgreens is that they are packed with nutrients; some say 40 times the amount of mature leaves. So, sign me up for that!

Also, sign me up for summer! Because I’m am soo beyond ready for that. I know you’re all with me!

And, if you need some festive drinks to get you in summer spirit, I've got you covered 🙂 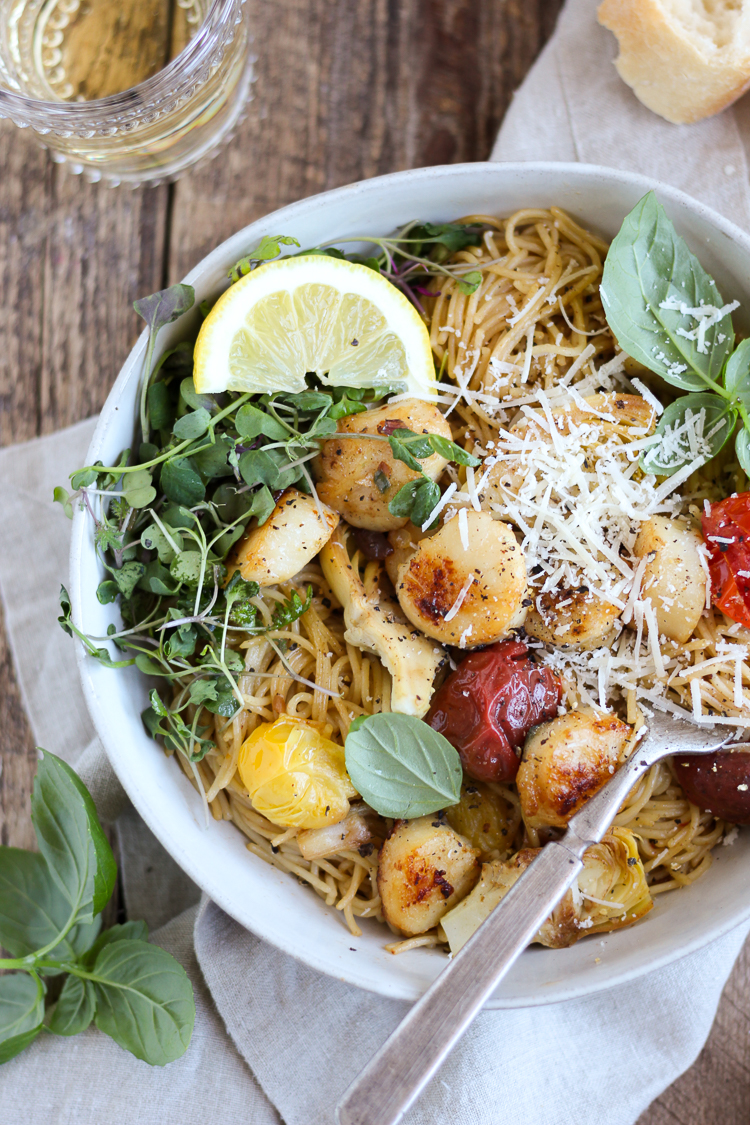 If you're not a big fan of scallops, you can substitute shrimp!
Did you make this recipe?I'd love to hear from you! Rate the recipe and leave a comment below or share a picture on Instagram and tag @ModernFarmhouseEats
« Blackberry Ginger Prosecco Cocktails
Maple Sage Breakfast Sausage » 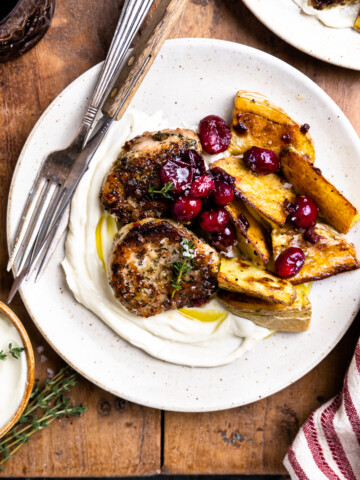 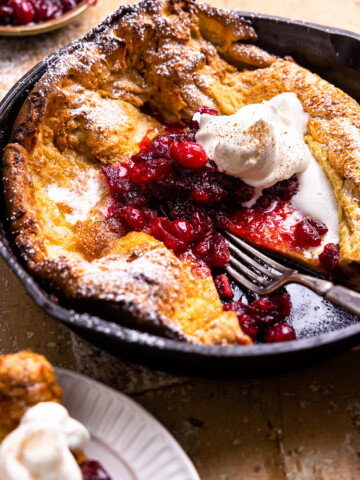 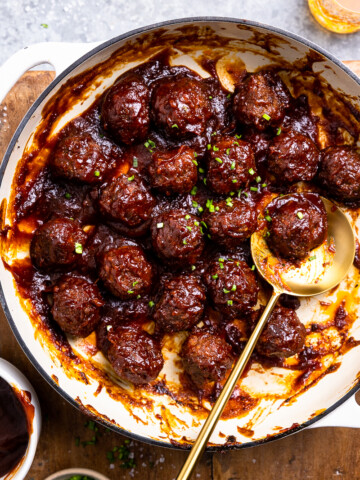